ZIMRI JAMES MAIDI: HOW IT ALL STARTED

"Although chance is one of the variables, it's choice that determines your destiny" - Zimri James

It all started on a fine day in the class, one of my friends, Marissa Wong announced about a program called Sabah Young Tourism Ambassadors which was organized by the Sabah Tourist Association. Some of my friends didn't really pay attention about it, but at that point, I had a feeling that this might turn out to be something special for me. Although I never been to any competition before, I felt quite confident applying it. Me and one of my friend even joked about it saying "we would be terrified if we win". LOL

A week later, I got a call from Jennety, the Executive Secretary at Sabah Tourist Association. It was a good news! I got through to the semi final and will be joining the day tour at Lok Kawi Wildlife Park. 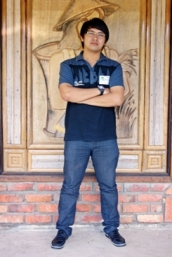 My phone woke me up early in the morning and it draws a big smile on my face as it was a call from the Sabah Tourist Association office.

Again, it was the beautiful voice of Jennety spreading a good news. ^_^
I was told to attend the final interview at Pan Pacific, Sutera Harbour with the other 9 finalists. The interview will ask questions about the tourism products in Sabah and we will have a week to prepare ourselves. On that day, we were divided into 2 groups which means 5 persons in a group. I picked up number 4 so I will be in the first group.

All sorts of emotions and feelings came to me as I went into the interview room.

To make it worse, we will pick our question from a box! I got no idea what kind of question is in there but after 3 finalists before me answered their questions, I got some confidence on facing mine because I believe I can answered all the question before. But soon after hearing the question, I was stunned. Of all things in Sabah, I picked up a question about a plant in Sabah. Unbelievable!  =.=!!

I tried my best to recall all of my knowledge and experience to answer the question and can only hope that the judges will be impressed and convinced by my answers. 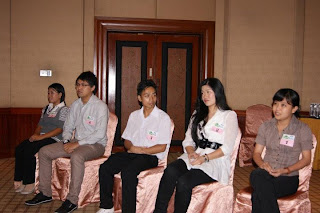 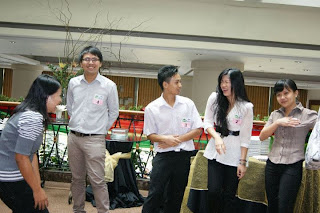 On 16th December 2011, the Sabah Young Tourism Ambassadors 2011/2012 Award Presentation and the Launching of Sabah Tourist Association Digital Map " The Eyes of Sabah" was held in Pan Pacific, Sutera Harbour. I was thrilled when I heard my name been called out as one of the winners! I'm very thankful that I was given this opportunity and I will valued it as one of my best moments in life. 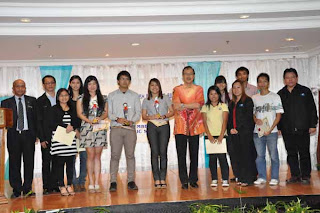 Datuk Masidi Manjun, Minister of Tourism, Culture and Environment presented the award to the winners. 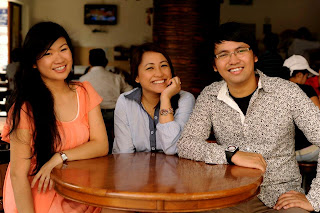 Credits to Breeze Magazine and George Yong of Jofanna Bridal

There you go ! Your Sabah Young Tourism Ambassadors !

We are on the Cover Page for Breeze Magazine! 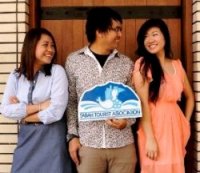